In India, Law course is one of the oldest courses even before Independence, many freedom fighters are both lawyers and fought for the country.Law gives you the upper hand to bring justice to the problem. In India,  the judiciary is independent of parliament that state or procedure cannot be changed in parliament by law or acts. India is the largest democratic country in the world with an independent judiciary. The demand for law course is always in the top position it Law course is one of the leading and top course in India.

To become a lawyer or to do law there are two ways available for students one is after intermediate and other after graduation.

Eligibility: Intermediate or plus Two

Every year the government conducts a national entrance test for students who want to enter law colleges both GOVT/PRIVATE like CLAT and other than National exams state Government also conduct entrance exams for local government and private colleges. Each state has its own mode of exams. Of which the common national entrance exam is CLAT. the pattern and process of CLAT 2021 is given below 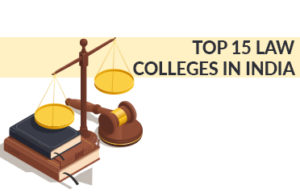 1.WHICH LAW COLLEGE IS BEST IN INDIA?

2.CAN I JOIN LLB WITHOUT CLAT?

Yes, you can join in LAW colleges without the CLAT exams in Private colleges, CLAT is for Government college admission and some private based on merit and general entrance.

LLB is a combination of Bachelor’s degree + LLB and it is 5 Years. LLM is a 3 years course.

5.WHAT IS CLAT AGE LIMIT?

Rajiv Gandhi School of Intellectual Property Law (RGSOIPL) is the first of its kind law school to impart legal education with IP specialization within the IIT System bringing synergy among science, technology, management and law. The School offers a Six-Semester, Three-Year Full-Time residential programme leading to the Degree of Bachelor of Laws (Hons) in Intellectual Property Law approved by the Bar Council of India.