Top Five Engineering Colleges in Hyderabad-2021 (Based on Recent Survey)

Engineering is one of the leading sectors, which is changing the present world. Engineering has offered the best inventions from the time it came into existence. Developing Engineering technologies gave its best outputs when compared to traditional methods and also made the lives of mankind easier, it has been the base for development for many years. It is one of the top courses in India. Telangana, India has many top engineering colleges in Hyderabad to study and it stands in second place for ‘EASY OF DOING BUSINESS’ in India. Hyderabad is the “IT HUB” of Telangana, India and it has been the permanent capital of Telangana for a long time and has attracted major IT companies in the city. Hyderabad is the best place in India for any graduate to pursue IT as a career, as the best and top companies are available here.

Campus placements play a vital role in engineering college as it shifts the graduate from theoretical experience to practical exposure. Every year the Government of India releases the list of top engineering colleges in Hyderabad, based on NIRF ratings on parameters like Teaching Learning and Resources, Research and Professional Practice, Graduation, Perception and more 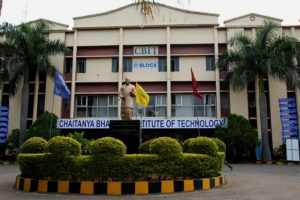