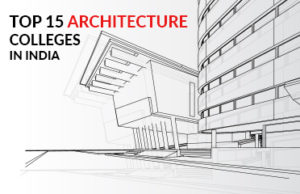 The branch which designs the basic structure of a construction or building or project whatever the civil work on the paper or through digital software is architecture. It is one of the oldest courses, it gives the project overview and scale through drawing on paper or 3D modeling. B. Arch is one of the leading and top courses after engineering. There are many top planning and architectural colleges in India. The use of technology has helped architectural engineers to envision the projects and develop the plan more precisely.

In India, there are many top architectural colleges and few of them have topped in the NIRF rating which is released by MHRD(Ministry of Human Resource Development ) every year of which top fifteen Architecture Colleges In India list is mentioned below.

Eligibility for to do B.arch is Intermediate with 50% and must qualify in entrance exams conducted by authorities, for state institutions state entrance exams and for national institutions, JEE mains/ Advanced and must obtain cutoff marks to get a seat. Employment opportunities for B.arch graduates are also high in demand. 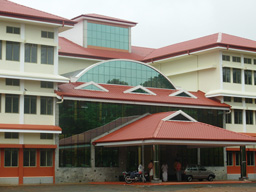 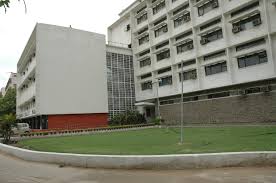 The School of Planning and Architecture, Bhopal (SPA Bhopal) is a premier higher education institute in Bhopal, Madhya Pradesh, India, specializing in education and research in the field of Urban Planning, Architecture and Design  It is one of the two Schools of Planning and Architecture (SPAs) established by the Ministry of Human Resource Development, Government of India in 2008 as an autonomous institute and a fully Centrally Funded Technical Institution (CFTI). It is one of the Institutes of National Importance of MHRD India along with IITs, NITs and AIIMS

MAHE  Affiliated To DEEMED TO BE UNIVERSITY

BIT  Affiliated To  DEEMED TO BE UNIVERSITY