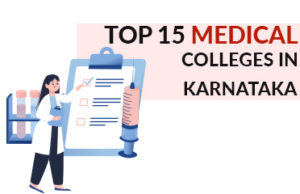 Medicine is one of the top and leading courses around the world, medical professionals are often considered frontline warriors, during the pandemic they are the one who fought against the pandemic risking their life and many medical professionals have sacrificed their life due to COVID-19. In India, Medical professional is always on the top list for any student to get into. Generally, the process to become a doctor is passing the Entrance exam i.e NEET and getting an MBBS seat in a medical college and after doing post-graduation and final step is to do residence.

1.HOW MANY MBBS SEATS ARE THERE IN KARNATAKA 2020?

2.HOW MANY MEDICAL COLLEGES ARE THERE IN KARNATAKA?

There are a total of 176 medical colleges in Karnataka

3.HOW MANY GOVT MEDICAL COLLEGES ARE THERE IN KARNATAKA?

19 government   medical colleges are there in Karnataka

4.CAN WE JOIN MBBS WITHOUT NEET?

No, NEET is compulsory to join MBBS in any medical college

5.WHAT IS THE FEES FOR MBBS IN KARNATAKA?

Affiliated To: Deemed To Be University

These are the top fifteen medical colleges in Karnataka if you find these articles useful do share with your friends and family and bookmark the Graduatesengine.com website for future updates and articles